Under the new national lockdown, outdoor playgrounds do not have to close and so the Playing Field will remain open.  However, you should not mix with anyone outside your household or support bubble and keep at least 2m from any other users.  Anyone using the play equipment or the gate into the Playing Field should take particular care to clean their hands after use and avoid touching their face. Children should be supervised carefully to maintain good hygiene and should not use the play equipment if they have any signs or symptoms of coronavirus.

Thanks to the grant of £58,976 from the Viridor Credits Environmental Company (from the Landfill Communities Fund), the Parish Council has been able to place an order with Sutcliffe Play South West for new play equipment.  Installation of the new equipment should begin immediately after Easter and take the rest of April.  During this period the Playing Field will be closed.  Details of the play equipment that will be installed can be found on the New Play Equipment page.

In 1937 land for a playing field was conveyed to the Parish Council on condition that it should not be used for any other purposes other than as a recreation ground and a playground for children and youth.  The £100 needed to buy the land was given to the Parish Council Chairman by a parishioner who wished to remain anonymous.

Over the years the Parish Council and various groups of residents have sought to improve the facilities available in the Playing Field and currently the Playing Field contains a small footpath pitch with goalposts and nets; a cricket net; swings and other children's play equipment including a multiplay item; and a shelter.

Users are asked to respect the fact that dogs are not allowed in the Playing Field.  This is a children's play area and dog faeces pose a serious health hazard to young children as well as being very unpleasant to have to clear up.

Removal of the Multi-play Equipment from the Playing Field

Following a recent act of minor vandalism, the Parish Council decided that the multi-play equipment in the Playing Field was no longer safe for children to use and so have removed this piece of equipment.  Removal of the equipment revealed that all the main supports, apart from the one under the central bridge, were rotting badly.

The company produced an innovative design for the multi-play equipment that incorporated some locally-donated tree trunks as the main supports (as well as a small bridge designed by Richard La Trobe Bateman).  Unfortunately, within a couple of years it became clear that the wood for the main supports had not been properly treated before being installed and the supports began to show evidence of rotting where they entered the ground.

Attempts were made to correct this, including painting the supports with rubberised paint, but there is only a limited amount that can be done if the wood is not properly treated before installation.  It should be noted that the support for the central bridge was made of treated wood and showed no sign of any rot on removal.

The Parish Council is planning to replace the multi-play with a new piece of equipment.  To avoid the problems with the equipment just removed, the Parish Council will purchase the new equipment from a recognised play equipment manufacturer and will install metal equipment so that there is no danger of it rotting.  It is worth noting that the metal swings were installed in the 1950s and show no signs of deteriorating.

The Parish Council is continuing to raise funds to replace the multi-play and details can be found below.

Many thanks to those who have very generously responded to the letter from the Parish Council asking for donations/sponsorship to help raise the funds for new metal play equipment in the Playing Field.  We have now reached our initial target of £6,000 from fundraising and donations, which should allow us to obtain a grant of £60,000 towards replacing the play equipment.  However, we will continue fundraising to allow us to do more to improve the equipment in the Playing Field, and so would still welcome contributions from anyone who has not yet donated but would like to do so.  Ideally, we will have enough additional money to replace the zip wire, which will need to done within the next few years. 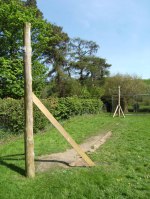 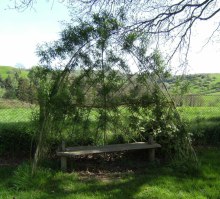 Check out the Events page to find out what is going on in the parish of Batcombe.